Dark side of energy picture in Sri Lanka 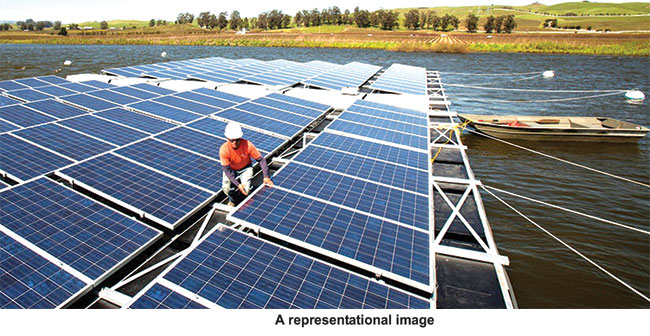 As one who served the Ministry of Power and Energy for over a decade, and handled projects and generation plans prepared by the Ceylon Electricity Board [CEB], I was attracted to a feature article by R. M. Amerasinghe, Engr., who has stated in the above captioned letter, referring to rural electrification ‘the energy sector should be congratulated on achieving 100% electrification in Sri Lanka which is a remarkable achievement’. I handled this project from its beginning, and it should be said it was the initiative of late President D. B. Wijetunga as Minister of Power and Energy, in 1980, who seeing the funds allocated in the annual estimates to provide electricity to rural areas was insufficient, requested the then Secretary to the Ministry, Prof. K. K. Y. W. Perera, to seek foreign funding.

He contacted the Asian Development Bank [ADB], which readily agreed, placing a condition that only villages that are profitable be undertaken. The CEB went into action by carrying out an extensive survey to identify such villages. The personal interest taken by Engineer Maxi Tissera to expedite work must be noted. This attracted politicians, and they insisted on being consulted, and provided funds from their Decentralised Budget to undertake work on villages, which were not considered profitable as required by ADB. Credit must definitely go to the late President and Minister of Power and Energy, for he had the heart to serve the rural folk. I should also qualify my statement when I say that he had the heart for the village folk, as he gave priority to improvements to minor roads when the Ministry of Highways was once under the Ministry of Power, Energy and Highways. Incidentally, it will be interesting to know how many have availed themselves of this facility, even though the CEB had granted some concessions in the way of low tariff and installment payment in giving connections.

R .M. Amerasinghe, while touching on various aspects on the energy sector, the key message he gives to policy-makers is ‘wood energy in energy mix in our country in order to make…..environment friendly’, and blames the 1 Mw solar power plant installation, the solar power farm land required should be around four acres when using crystalline technology. When using thin-film technology a 1 Mw will require an average of 4.5 to 5 acres of land. In other terms, for each Kw of solar panels, 100 square feet of an area is on average the government has a lack of focus on biomass energy due to the need of heavy focus on fuel for development of the country. He also accuses the government of its inability to provide low-cost technology support.

As for biomass, it was reported a pilot project was started at Walapone, near Nuwara-Eliya, and had to be closed down due to difficulties in collecting material from distant villages and the cost factor. On the other hand, by clearing large extents of land to plant whatever, other quick yielding variety, will endanger the indigenous vegetation and eventually be extinct. It was recently reported a Buddhist monk had stopped such a tree from being felled.

Now coming to Solar energy, the same applies in finding large amounts of land to set up Solar plants. Browsing the Internet, I came across the following information regarding land requirement “When calculating the land size needed for solar plant installation, we must look at the things that will consume space in the facility. The two main items that consume space here are the solar panels and the structure components. From these two, one can make a reasonable estimate of the area needed. For example, for 1 Mw solar power installation, the solar farm land requirements should be around 4 acres when using crystalline technology. When using thin-film technology, a 1 Mw plant will require an average of 4.5 to 5 acres of land. In other terms, each 1kW of solar panels, 100 sq. feet of an area on average “

Can a small country like ours, with a land area of 65.610 km2 and a population of 21 million and ever increasing, allow such a large extent of land, is a matter to be given serious thought by those concerned?

Some suggest floating solar panels over hydro reservoirs, and the benefit is that evaporation will be curtailed, thus saving water. Those who recommend this measure seem to forget the damage caused to aquatic life, both plants and fish. Could it also affect the rainfall patterns and inland freshwater fishing?

These are random thoughts which come to my mind and it is left for those more qualified and interested to ponder and find solutions.