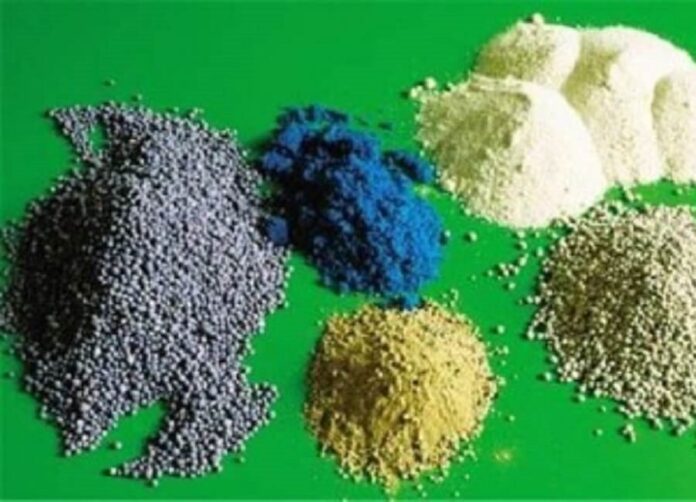 In 2019, around Rs 310 billion worth of food has been imported. Among these are rice, sugar, green gram, red onion, big onion, maize, etc., which can be locally produced. If we are to reduce our expenditure on food imports, it is essential that the local food production is increased. For effectively addressing this issue, several inputs are important. Among these are good quality seeds/planting material, and use of appropriate technology. In this regard, judicious use of both organic and inorganic fertilizers is important. Several research studies, conducted in Sri Lanka and elsewhere, indicate that application of inorganic fertilizers tend to increase growth and yields of crops.

In 2020, we imported Rs. 48 billion worth of fertilizers. These are applied to replace nutrients absorbed by plants from soil. A ton of paddy removes 60 kg of nitrogen, 10 kg of phosphorus and 20 kg of potassium. Similarly, other crops remove nutrients from the soil. If land is going to be cultivated, without replenishing the nutrient level in the soil, it will become deficient in essential plant nutrients. Plants growing in such soil will not grow properly, and, as a result, yields will be reduced. There may be instances when crops will not produce at all.

Applying organic fertilizers alone will not replenish the nutrients absorbed by a crop . Organic fertilizers have relatively small amounts of the nutrients that plants need. For example, compost has only 2% nitrogen (N) whereas urea has 46% N. Banning the import of inorganic fertilizers will be disastrous, as not applying adequate amounts of nutrients will cause yields to drop; making it essential to increase food imports, resulting in our annual import expenditure to rise substantially from the present Rs. 310 billion. This may be impossible as our economy is in dire straits. Further, importing rice may be an issue, as most of the Asian countries which grow paddy are currently facing problems.

As indicated by Dr. Parakrama Waidyantha, in his article titled “Agrochemical ban: Heading for national disaster?” – in The Island of 3 May – the President’s decision to shift totally to organic agriculture, from conventional, could lead to widespread hunger and starvation. It will cause a shortage of food, locally, resulting in food prices to increase causing some people, mainly the poor going hungry, creating health and social problems.

We export several crops and earn foreign exchange, which is used to import essentials. Tea is the main export crop. We earned nearly Rs. 230 billion, in 2020, by exporting tea. If we do not apply adequate inorganic fertilizers, especially nitrogen, the present tea yields will get reduced, causing tea exports to dwindle; and, as a result, the foreign exchange we earned by exporting tea will also come down. Thus, banning of inorganic fertilizer imports will cause economic, health and social problems.

If the government wants to reduce our import expenditure, it could be done by reducing import of many food items. Those who decided to ban fertilizer imports, to save foreign exchange, may not have realized that we spend colossal amounts to import many food items which can be produced locally. It may be interesting to know that the expenditure on import of ayurvedic herbs is nearly Rs. 1,200 million. As suggested by Prof. O.A. Ileperuma, in his article published in The Island of May 1, 2021, the Government can save a considerable sum of money on fertilizer imports if we undertake to manufacture superphosphate fertilizers in the country, using Eppawela Apatite.

Some ill-informed people are of the opinion that fertilizers are the causal factor of increased incidents of chronic kidney disease with unknown aetiology (CKDu), reported in some parts of the country. In this regard, it is pertinent to indicate that CKDu is not reported in some districts although fertilizers are used in large amounts. An international expert consultation, on CKDu, was held in Colombo, in April 2016. It was organized by the Presidential Task Force for Prevention of Chronic Kidney Disease and the Sri Lanka country office of the World Health Organization (WHO). The consultation concluded that there is no conclusive evidence to indicate that there is any relationship between CKDu and fertilizers.

The decision to ban fertilizer imports should be taken after considering all the pertinent issues.

Former Professor of Agriculture at Ruhuna and Rajarata Universities

Wildlife Bungalows and Camp-sites off limits due to COVID-19