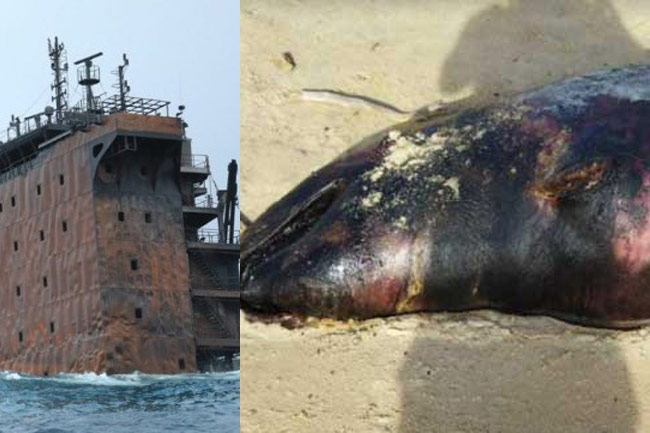 The Attorney General’s Department has provided the court with a count of marine animals killed in the ‘X-Press Pearl’ disaster.

Accordingly, 20 dolphins, 04, whales, and 176 turtles have washed ashore following the fire in the ill-fortuned cargo vessel.

The Deputy Solicitor General of the State stated that the 39-member committee appointed by the Marine Environment Protection Authority (MEPA) has confirmed that the deaths were due to the environmental damage caused by the fire on the vessel.

He added that investigations into the matter are being carried out in 26 courts island-wide and parts of the carcasses have been referred to the Government Analyst’s Department for further investigation.

Deputy Solicitor General Tennakoon further said that the National Aquatic Resources Research and Development Agency (NARA) is conducting investigations into the deaths through a number of institutions including the Institute of Industrial Technology (IIT).