Climate justice for Vanniyalaththo: the tragic tale of the men of the jungle in Sri Lanka 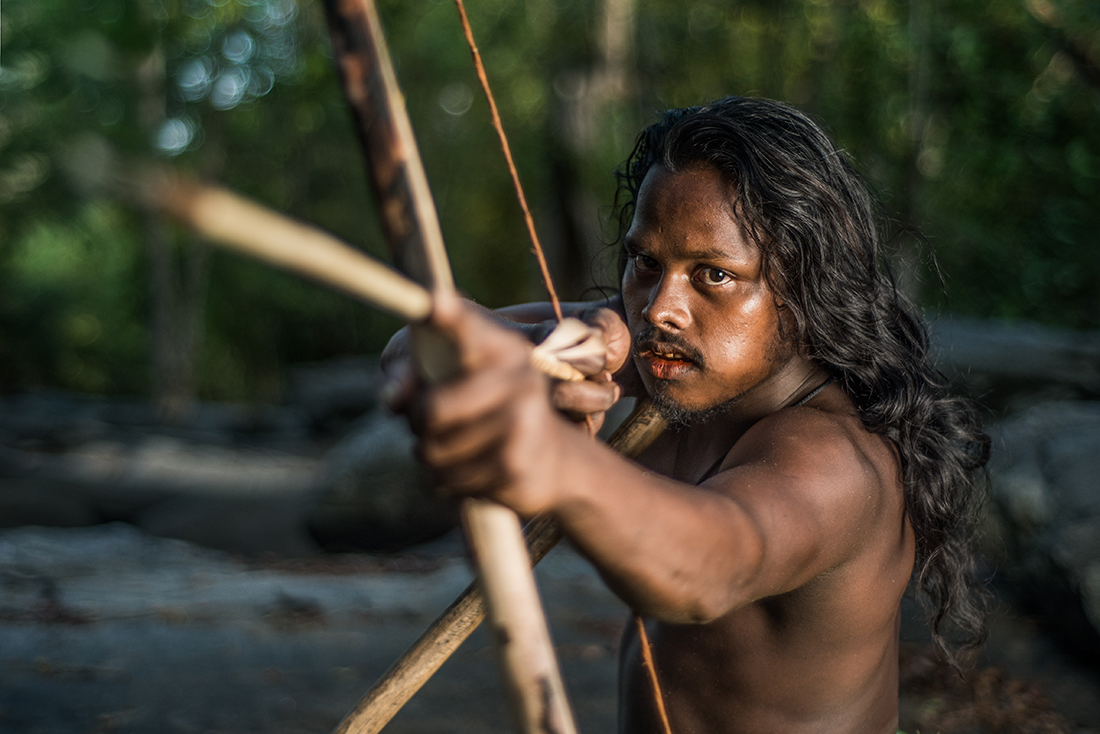 Dr Kokila Konasinghe is a Senior Lecturer at the Department of Public and International Law and the founding Director of Centre for Environmental Law and Policy (CELP) at the University of Colombo, Sri Lanka.

In this blog, she reflects on the meaning of climate injustice and how it manifests for the indigenous Veddah community of Sri Lanka, who must contend with the direct impacts of climate change as well as the consequences of policies which are rapidly eroding their traditional livelihoods.

Every human being is impacted by nature and vulnerable to its whims, regardless of the boundaries which humans have placed upon themselves. However, not every human being contributes to the world’s environmental problems in equal capacity.

The international environmental law principle of ‘common but differentiated responsibilities’ ascertains that if the contribution towards environmental degradation varies among entities, then their contribution in restoration of the environment should also be weighted accordingly. Nevertheless, there are instances where certain communities face a tragic plight owing to the impact of climate change, complicated by the inadequacy of the existing legal frameworks to deliver justice to their issues.

The story of the Veddah

The Sri Lankan Veddah community provides a perfect example of the tragic consequences of climate change, where those affected received the least consolation from existing legal frameworks designed to ensure proper adaptation and mitigation mechanisms. This is the tragic tale of the men of the Jungle Village of Dambana, in Sri Lanka.

The Veddah community is an indigenous group in Sri Lanka, predominantly found in the country’s dry zone called the ‘Adivasi Gammana’, comprised of the five main areas of Dambana, Pollebadde, Rathugala, Hennanigala, and Dalukana. Few other groups of coastal Veddahs are found in Batticole and Trincomalee.

The historical traces of Veddahs go back to the 5th century BC, as recorded in The Great Chronicles of Ceylon, ‘Mahawamsa’. The origin of Veddahs can be traced back to Jeevahatta and Disala – the two children of King Vijaya, an Aryan Prince from India and of the Lady Kuveni, who belonged to the Yakkha clan of the natives who populated the island at the time.

Today, the Veddah community is negatively impacted by changes in biodiversity, weather and temperature caused by climate change. It is also impacted by the regulations and restrictions imposed on traditional livelihoods and habitats, which are enforced by strong environmental protection regimes designed to combat climate change.

This has led to a paradox in which the Veddah community suffers simultaneously from climate change impacts, as well as the environmental standards imposed to combat them. It is an area that many global climate initiatives have overlooked, and one which requires serious attention with immediate effect.

Cut off from traditional methods of sustenance

Hunting used to be the traditional method of sustenance for ancient Veddahs, but it is no longer sustainable due to restrictive forest and wildlife conservation laws. Now, the Veddah community require a permit to enter local forests, which have been increasingly marked out as National Reserves. Under current laws, Veddah community members are only allowed to carry bows and arrows to collect bee’s honey and pick herbal plants, and they must obtain special permission to carry their traditional Keteriya – an indigenous axe – when entering a Forest Reserve.

The law also prohibits Veddah from hunting wild animals in sanctuaries and national reserves, pushing them to adopt new means and ways of sustenance that challenge the traditional ways of life which have prevailed since the time of their ancestors.

The Veddah community must also deal with multiple climate-related issues on a regular basis, ranging from severe drought and low rainfall levels to unpredictable weather patterns. In an interview conducted with Dambane Wimale, an official interpreter of Uruwarige Wannilaeththo – the indigenous leader of the Sri Lankan Veddah community – it was revealed that many changes have taken place in the natural environment of the Veddahs which have severely affected their lives.

The scarcity of clean drinking water is another struggle. In most places across the dry zone, sources of clean water have become limited due to severe drought conditions, and often the water available is not fit for consumption.

In addition, Veddah communities trade honey to local markets as a popular form of income. According to indigenous honey harvesting dealers, there is a noticeable decline of bees due to climate change. They believe global warming has affected the breeding of bees, and that biodiversity losses have upset the availability of proper food supply for them.

Over time, climate change impacts have combined to push the Veddah community to abandon cultivation and bee honey trade for new forms of livelihood.

The indigenous community of Veddahs experience clear injustice in Sri Lanka due to both the direct and indirect impacts of climate change. Unjust consequences also result from human interventions in traditional indigenous habitats, such as the clearing of forests for government development projects. As far as climate justice is concerned, the indigenous Veddahs are more affected than any other foreign or local community on the island.

The connection between Veddahs and nature is a very close one. Livelihoods, food, shelter, spirituality, recreation, social and cultural relations, and many other aspects of the Veddahs’ lives are derived from, and strongly interlinked with, nature and other natural phenomena.  The anthem of the Veddah community reads as follows:

Everything that is natural- God given,

the sun, the moon, the wind, the trees

and the beauty of the blowing wind, the wild animal

the men of the jungle.”

This anthem depicts the intrinsic link that the Veddahs and their ancestors have maintained with nature, and their belief that Vanniyalaththo – the people of the jungle – belong to nature and vice versa. The words of the anthem designate Vanniyalaththo as the guardian of the forests and its biodiversity. However, with the intensifying impacts of climate change, the guardians are themselves facing injustices that seem to be unresolvable and continuous. Unless the Veddahs find justice, a significant part of the global civilization who presently live in the island of Sri Lanka will soon go extinct without much notice.