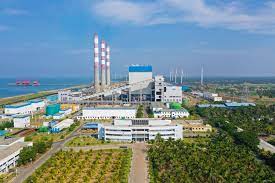 The following is the text of a statement issued by Rt. Rev. Dr. Valance Mendis, Bishop of Chilaw: The diocese of Chilaw including the Clergy, Religious and Laity are very much pleased to receive the news that His Excellency the President has decided not to allow the expansion of Lakvijaya Coal Power Plant in Norochcholai. It is indeed a very timely and a valuable decision.

It has always been our view that Coal Power is rejected in many parts of the world because of the damage it causes to the environment, including human life.

As it is informed, the CEB has planned the expansion of Norochcholai Power Plant by way of further 600 MW.

The 1st phase is supposed to be a 300 MW expansion.

We are pleased about the decision of His Excellency the President. This decision goes well in line with the vision for the country that the government has expressed to have 80% of the energy generation through renewable sources by 2030. Sri Lanka being a country with a tropical climate, should maximize the use of wind and solar power as it is already reiterated by the government. The country is blessed with the water resources which contribute substantially to the grid already by way of Hydro-Power.

We are a developing country and the need of the hour is sustainable development. It is not enough to talk about it. We need to walk the talk in building up a ‘Green Economy’. We need to think about tomorrow and the future generations. There is no point in developing a country where people cannot live because of pollution. Life comes first and then development.”

X-Press Pearl disaster: Fishers to get compensation from next week