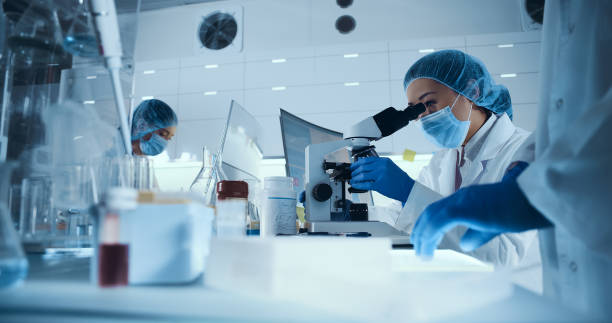 COLOMBO, June 3 (Xinhua) — On June 2, hundreds of security personnel in COVID-19 protective clothing were busy removing tons of chemical pollutants and plastic from a beach in Colombo. About 9.5 nautical miles into the sea, they could see the charred remains of a foreign vessel swaying in the gusty monsoon wind.

On May 20, the X Press Pearl container vessel loaded with chemicals exploded and caught fire off Colombo Port. Many of the containers and other polluting materials on board fell into the sea and were being washed ashore, posing a serious threat to the environment.

On day two after the explosion, Chinese experts from the China-Sri Lanka Joint Center for Education and Research (CSL-CER) received a request from Sri Lanka’s National Aquatic Resources Research and Development Agency (NARA), the principal national institute responsible for safeguarding aquatic resources in the country.

Through a forecast model, the CSL-CER helped evaluate the scale of the pollution caused by the debris and the extent to which the chemicals could spread.

The southwest monsoon makes frequent landfall in Sri Lanka in May. At the observation site of the CSL-CER based on the campus of the University of Ruhuna in the south of the island nation, an Automatic Weather Station (AWS) has been recently updated to study the effects of the monsoon outbreak.

Luo Yao, associate professor at the CSL-CER, told Xinhua that the AWS can improve the accuracy of forecasting models, and it can forecast marine environmental disasters caused by the burnt cargo ship.

“The AWS can monitor the atmospheric pressure, wind speed and direction, solar radiation and other marine atmospheric parameters. The accumulated data through long-term observations can be used to study the impact of climate change, sea level rise and other issues in the Indian Ocean and surrounding areas,” Luo said.

Sri Lanka is located in an area with warm currents between the Indian Ocean and Pacific Ocean and is one of the most active regions on the path of the monsoon, with frequent marine meteorological disasters. Due to the shortage of marine scientific research personnel and the lack of a mature monsoon climate forecast system, Sri Lanka is vulnerable to marine disasters.

In order to strengthen the capacity to cope with climate change, the CSL-CER was established in 2015 at the University of Ruhuna, the only university in Sri Lanka with a faculty of fisheries and marine sciences.

Gamini Zoysa, former Sri Lankan minister of fisheries, once spoke highly of the observation network, saying that “the network has provided scientific and technological support for the development of the marine economy in Sri Lanka and the reduction of marine meteorological disasters caused by extreme weather such as tsunamis and storms, which are related to people’s livelihood and economic development.”

Although the COVID-19 pandemic has caused some difficulties for personnel exchanges at the center, it has not stopped its activities. In March this year, the China-Sri Lanka Joint Workshop on Monsoon Climate and Marine Environmental Resource was held as scheduled in both China and Sri Lanka simultaneously by combining online and offline methods.

“As an island country, Sri Lanka is particularly concerned about the monsoon. The enhanced cooperation between China and Sri Lanka on the monsoon issue will enable us to better understand the impact of the monsoon on the environment and reduce disasters caused by climate change,” said Tilak Gamage, co-director of the CSL-CER.

“The successive bilateral seminars on the ocean and climate have greatly enhanced Sri Lanka’s capacity to address climate issues and influence in the international arena,” Gamage said.

Zhang Changsheng, director of the CSL-CER, told Xinhua that since its establishment, the CSL-CER has not only done research but also paid attention to cultivating marine science talent in Sri Lanka.

The center has trained about 30 Sri Lankan graduate students in the fields of marine science and environmental science. They have later engaged in further scientific research in Sri Lanka.

The center has also conducted hydrological training for Sri Lankan institutions and trained personnel for meteorological observation, instrument use, and maintenance.

Charith Madusaka, a research fellow currently employed by both the CSL-CER and his alma mater the University of Ruhuna, is the first China-trained master’s degree student in oceanography from Sri Lanka.

Madusaka said, “Since I went to China, many of my classmates have turned to China.”

Nalin Wikramanayake, a senior Sri Lankan oceanographer, told Xinhua that the CSL-CER has made a major contribution to marine sciences and oceanography in Sri Lanka. Enditem