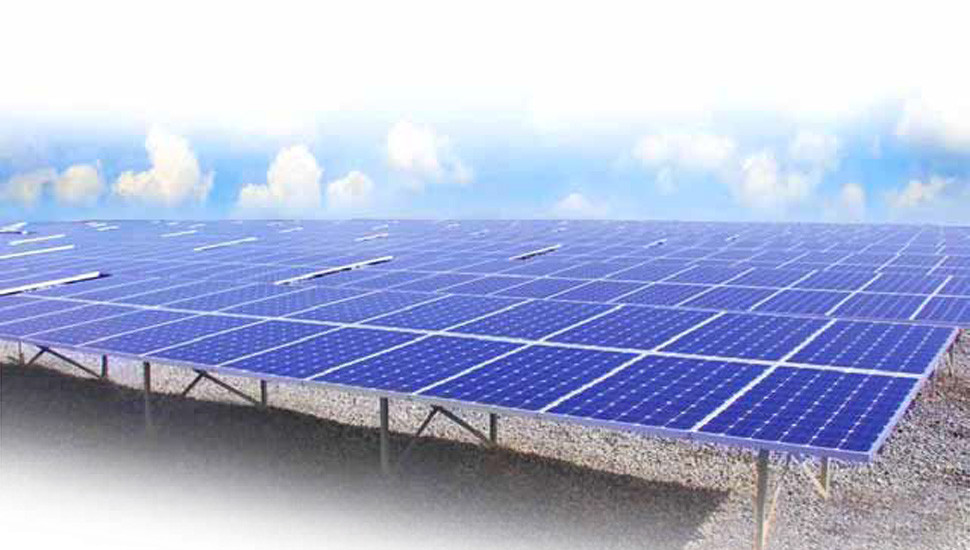 The Ceylon Electricity Board (CEB) is committed to boosting access to renewable energy, clean energy or green energy – whatever term you use to identify eco-friendly power generation; with solar power taking the lead as one of the main contributors.

Generation of clean and reliable power in Sri Lanka with the projected target of ‘as much as possible’ or a minimum of 70 per cent power by 2030 in accordance to the declared policy of the Government and gives top priority to finance solar power projects across the country through private sector participation and customers in line with meeting the declared policy objectives of the Government.

Owing to our geo-climatic conditions we are blessed with diverse forms of renewable energy resources. As a developing Nation we have reaped the benefits from these indigenous renewable energy sources for decades, which supports sustainable economic growth. We utilise almost all our major hydro-power resources and expect to phase out the use of thermal power gradually.

Energy experts are of the view that the world will experience the gradual reduction of fossil fuel by mid-century. Our electricity energy needs are predominantly met by renewable energy sources with major hydro-power resources being the main contributer, enabling us to maintain green credentials with low carbon emissions per capita level in electricity generation throughout the past years.

However, the rising economic growth and the energy demand necessitate the development of different power generation sources. In a context where global consensus is in place to combat climate change, Sri Lanka is ambitious and progressing towards low carbon pathways through renewable energy development.

Substantial increase of the contribution of indigenous renewable energy sources is envisaged in the electricity sector and it will reduce the greenhouse gas emission as well as enhance the energy security aspects. Sri Lanka, being located within the equatorial belt, has substantial potential in solar resource. Solar resource maps of the country indicate the existence of higher solar resource potentials in the northern half, eastern and southern parts of the country.

Resource potential in other areas including mountainous regions is mainly characterized by climatic and geographical features. Exploitation of available resource requires the consideration of competing land uses and availability of transmission and distribution infrastructure. Solar Photovoltaic development in Sri Lanka has been gaining momentum with the rapidly falling cost of technology and global trends in the improvement in solar PV technology as a clean form of energy resource.

Currently approved Long Term Generation Expansion Plan (LTGEP) 2018-2037 as well as the subsequent draft plans have been prepared to comply with the Paris agreement and the resultant Nationally Determined Contributions (NDCs). Initial submission of NDCs for electricity sector in 2016 proposed 4 per cent unconditional and 16 per cent conditional reduction of GHG emissions in 2030 compared to reference scenario. These figures were based on the approved LTGEP 2018-2037.

In the second submission of NDCs which is in the draft stage currently, it is proposed to increase the unconditional target to 5 per cent and conditional target to 20 per cent based on the increased renewable additions in the latest draft long-term generation expansion plan. The long-term generation expansion plans have been prepared to comply with the prevailing policy guidelines at the time of preparation as per the grid planning code.

At present, the prevailing policy guidelines are General Policy Guidelines in Respect of the Electricity Industry which has been issued on 10 April 2019 under the provisions stipulated in Section 5 of the Sri Lanka Electricity Act. Initially, the CEB introduced the cost reflective feed-in tariff scheme to attract investments for the new technology.

Once the solar power industry matured, CEB gradually introduced the competitive bidding process in line with the Sri Lanka Electricity Act. As at December 2020, 414 MW of Solar power capacity has been grid connected. Interestingly, solar power generation has become an open market for many all over the world who expect to exploit the freely available and almost non-exhaustible energy. Hence CEB is fully committed and float solar power tenders to attract more investors who are willing to take part on solar power generation using this open market principles.

While promoting solar energy from its inception, a Gradual transformation from Feed-in-Tariff (FIT) scheme to competitive bidding process has also been introduced by the CEB aimed at tariff reduction trend in the global market. With the introduction of competitive bidding process, Solar power developers bid very competitive prices and that has come down from Rs. 23 to Rs. 10 per unit. This has helped to reduce the generation cost and eventually that benefit will pass to electricity customers.

As long-term generation plans are updated and revised once every two years, the renewable energy additions are increased gradually in line with the technological advancements, cost decrements in renewable and proposed transmission system improvements. In order to absorb more renewable energy into the grid, CEB has already invested Rs. 25,961 million (approximately Rs. 26 billion) to enhance grid capacity and to reinforce the transmission network.

As the LTGEP 2020-2039 is not approved yet, even months after its submission, currently CEB is preparing the draft LTGEP 2022-2041 and it has even more increased renewable energy addition targets to achieve the renewable energy share by 2030 as stipulated by the prevailing policy guidelines.

The solar PV additions proposed in the latest plan under preparation with the current solar PV installed capacity is compared in the following table. CEB already initiated the first phase of the planned 7,000 ground mounted solar power projects with installed capacity of 75 kW (AC) each (total project target ~ 525 MW) to be positioned at rural and semi urban areas of the country.

The project promoted under the theme of ‘Gamata Balagarayak’ and aim to attract local entrepreneurs for the project. Therefore, a huge opportunity exists in Sri Lanka for the development of Solar Power Projects and CEB is fully committed to facilitate those projects under open market principles as per the Sri Lanka Electricity Act.