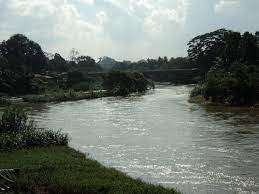 The Central Environmental Authority (CEA) would investigate and submit a report on all unauthorised constructions, along the Mahaweli River in Kandy City, and the suburbs.

Environment Minister Mahinda Amaraweera has instructed the CEA to submit a report on all unauthorised constructions in the Gannoruwa area, in Kandy, and within the boundaries of the Mahaweli River, in Kandy city, suburb.

A complaint has been lodged by MP Wasantha Yapa Bandara, Chairman, Kandy District Development Committee, that several unauthorised constructions have come up near the suspension bridge (Ellena Palama) over the Mahaweli River, in the Gannoruwa area, and has led to the formation of sand dunes in the river.

Ministry officials said that those sand dunes would affect the river flow. Therefore, it had been found that many legal constructions on both banks of the river were under serious threat.

Bandara and Chairman of the Kandy District Development Committee have demanded to know who was responsible for the environmental reports for the constructions on the river banks. Therefore, the Environment Minister instructed the Geological Survey and Mines Bureau to immediately send a team of officials to inspect the sand dunes.

Minister Amaraweera has also decided to visit Kandy within the next two weeks with officials from the Central Environmental Authority and the Geological Survey and Mines Bureau to discuss the matter and find a solution.