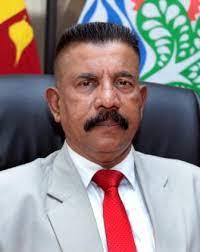 Amarasinghe told The Island he would stand by his officials and they need not be questioned when following the right protocol.

A Fuel Oil Disposal Permit had been issued by the CEA after obtaining licenses from the Marine Environment Protection Authority, the Ports Authority and the Sri Lanka Customs.

“When this licence is issued to an institution, it is only permitted to refine burnt out oil in an environmentally friendly manner,” he said.

Amarasinghe said four licensed companies were operating in Sri Lanka that had fulfilled the requirements for extracting fuel oils from waste water.

On 11 June 2021, CEA received a report that the Colombo Dockyard had obtained a fuel extraction permit issued by the CEA but they were violating the terms of the licence.

On June 17, 2021, the CEA conducted a field investigation and found that the Colombo dockyard was violating the terms of the license issued to it.

“That is to say this field investigation revealed that they were violating the terms of the licence and was even discharging the waste from burnt out oil into the sea through the sewerage system,” he added.

Given these factors, the fuel extraction licence issued by the CEA to the Colombo Dockyard was temporarily revoked on June 17, 2021. “The Colombo Dockyard informed us in a letter dated 27th July 2021 that it would proceed without violating the terms of the licence.”

Amarasinghe said that after considering the relevant facts, the ban imposed on them had been lifted on 13 August 2021.”But according to the licence given to them, they are not allowed to extract fuel oil. During a discussion held at the Ministry of Environment on 15 Sept. 2021, chaired by the Minister of Environment, Mahinda Amaraweera, the Colombo Dockyard requested approval for the extraction of fuel oil. We told the officials at the Colombo dockyard that they should first provide us with the plan to carry out the extraction of fuel oil in an environmentally friendly manner and that the relevant plan could be examined and further action could be taken.”

Meanwhile, Minister Amaraweera is expected to take up the matter with President Gotabaya Rajapaksa shortly.