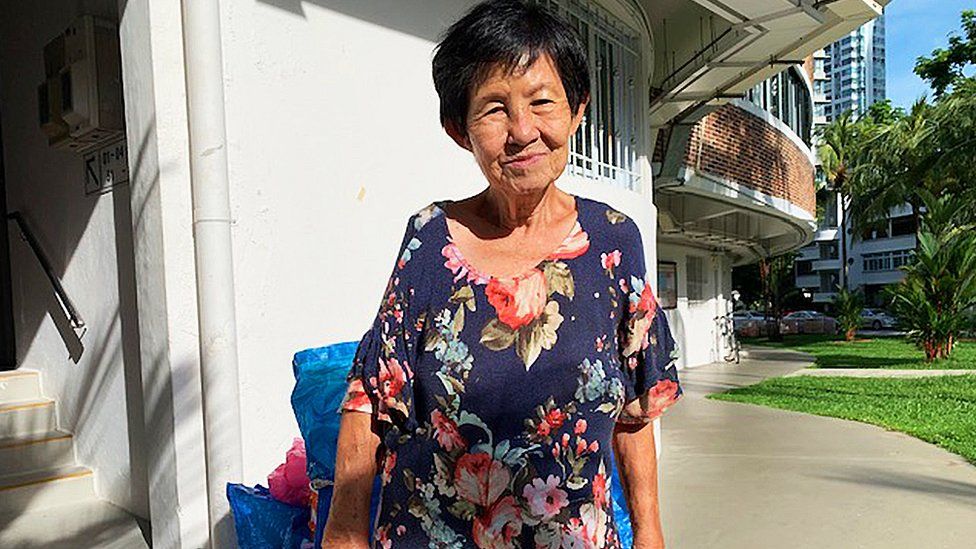 You can hear Madam Ng trundling down the road long before you see her.

In the quiet of the early morning, the low rumble of her heavily laden trolley reverberates through the streets of the historic Tiong Bahru area of Singapore.

Madam Ng is a karang guni trader, one of the rag and bone collectors who have traditionally picked up the things people throw away.

This includes everything from old newspapers, drinks cans, second-hand clothes to unwanted electronic devices. They usually sell them on to other karang guni traders or recycling firms.

Karang guni itself comes from the Malay term for the large hessian sacks that they traditionally used to carry their goods.

Nowadays, these have been replaced by trolleys like Madam Ng’s, often four-wheeled flat-bed carts, or two-wheeled sack trolleys as well as trucks and vans.

Madam Ng became a karang guni more than three decades ago, as she wanted to make extra money to help pay for one of her daughters to study abroad.

“I was in my 40s and still a nurse. I used to go around collecting newspapers, magazines and books after work – but now I’ve been doing it daily since I retired,” she says as she takes a rare break from her round.

Now, aged 78, her daily work routine would be daunting for many half her age. “Every day I wake up at 4am and am out of the house by 4.30am. I push my cart around the neighbourhood, collecting discarded newspapers and cans. I am out for about four to five hours, then I go home and I’m done for the day.”

While rag and bone collectors may seem like an echo from the past in many countries, they are still part of Singapore’s present and most likely its future.

Singapore is known as one of the cleanest cities in the world, and its army of collectors are the city-state’s original recyclers. Even in this $380bn (£270bn) economy, the government sees them playing a crucial part in its sustainability programme.

The Singapore Green Plan 2030 covers a whole range of sustainable goals, including cutting the amount of waste sent to landfill by 30% within the next decade.

The recycling business was hit hard by the pandemic as the volume of material Singapore recycled dropped, as the global economy was shut down to slow the spread of Covid.

The sudden halt saw the country’s overall recycling rate, for homes and businesses combined, fall to 52% in 2020 compared to 59% the previous year.
Worker waste conveyor belt

The National Environment Agency (NEA), which is charge of Singapore’s recycling efforts, thinks that this was just a blip and is now focussed on plans to become a zero-waste economy.

Christopher Tan, director of NEA’s sustainability division says he sees karang guni men and women playing an important role as part of the city-state’s recycling network as it aims to hit that ambitious zero-waste target.

“They can complement the current collection methods. There’s still the challenge of getting the recycling from the door of your home. They have networks. They have knowledge of what can and what cannot be recycled,” he says.

Singapore relies on the private sector to manage the island’s rubbish collection, waste disposal and recycling services – and it is these firms that are working with the karang guni industry.

Sri Lanka aims for the cleanest tea in the world