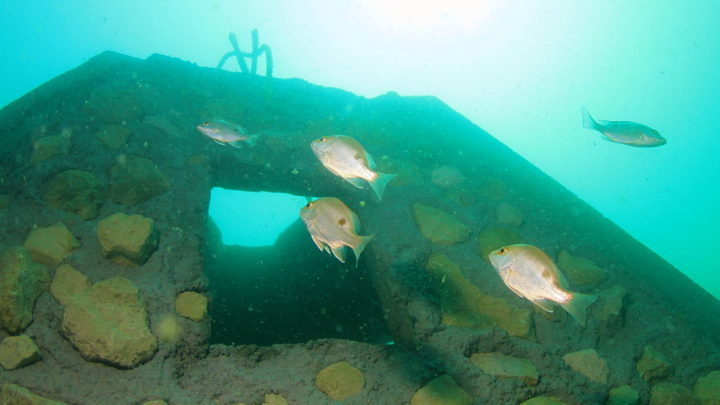 Fisherfolk in Tamil Nadu have objected to a Sri Lankan initiative to submerge discarded buses in the island’s northern waters in an effort to create an artificial reef. Twenty such buses were submerged near the Delft Island off Jaffna on June 11. The New Indian Express reported July 16 that experts in India have called the move irresponsible while fishing communities have expressed fears that the buses would drift underwater into India’s territorial waters affecting their fishing industry.

Defending the project, State Minister Wijesekara told EconomyNext June 17 said it was the result of years of study.

“It is not irresponsible project but one that is globally proven and practiced. We don’t accept their claims or the statements they are making,” he said.

According to Wijesakara, this is the fourth phase of a project initiated about six months ago by the Department of Fisheries and Aquatic Resources to cultivate artificial reefs around Sri Lanka.

The first phase was in Trincomalee, while the second and third phases were carried out in Galle and Matara respectively. The fourth phase, this time in the country’s northern waters, is ongoing.

Marine research in Sri Lanka is carried out by the National Aquatic Resources Research and Development Agency (NARA), which is currently dealing with the aftermath of the X-Press Pearl shipping disaster, one of Sri Lanka’s worst ecological disasters in history.

“For about two to three years, NARA and the Department of Fisheries have been studying how we can develop artificial reefs for fish spawning. That is the main idea behind this project. Similar projects have been done all over the world, even in developed countries. Sri Lanka is the first country in the region to do it,” said Wijesakara.

“We did a couple of underwater museum galleries as well,” he added.

Responding to claims made by the Indian fishermen and experts, the minister said they’re probably baseless, as artificial reef building has been tried globally.

Marine conservationists worldwide have, indeed, attempted to construct artificial reefs with varying degrees of success. Large steel structures such as shipwrecks are considered suitable, while smaller unsecured structures are considered less so.

“If a scientific agency is saying this is an irresponsible move, then they probably don’t have scientific research to back it. The most irresponsible act of the Indian marine research institute is not banning bottom trawling. This is a banned and illegal practice globally which damages marine environment and reserves,” said Wijesakara.

Indian fishermen encroaching into Sri Lankan waters in the north has been a long-drawn issue, as has the alleged robbing of Sri Lanka’s marine resources thanks to bottom trawling.

Fishing vessels from South India had got into the habit of straying over the Indo-Lanka maritime border during a 30 year civil war when Sri Lanka fishermen were banned from entering the Northern waters – a practice that didn’t quite end with the war.

Wijesekara said that despite requests made on numerous occasions to stop bottom-line trawling by Indian fishermen, nothing has been done to minimise it, while Sri Lanka banned the practice entirely in 2017.

“I don’t know who these fishermen are that are objecting to [the reef project], but I assume they engage in bottom trawling. Their concern might be that the submerged vehicles would affect their fishing gear. But this is a 100% scientifically proven method; it doesn’t cause any damage to the sea bed,” he said.

“This will create more artificial fish spawning spaces and coral beds so I urge our Indian counterparts to make a move on banning bottom trawling instead and to consider its impact to the ocean,” he added.

According to US National Oceanic and Atmospheric Administration, an artificial reef is a manmade structure that may mimic some of the characteristics of a natural reef.

These are often made by submerged shipwreck, oil rigs, gas platforms and other offshore structures.

Marine resource managers also create artificial reefs in underwater areas that require a structure to enhance the habitat for reef organisms, including soft and stony corals and the fishes and invertebrates that live among them, the National Oceanic and Atmospheric Administration said on its website.

Materials used to construct artificial reefs have included rocks, cinder blocks, and even wood and old tires. Nowadays, several companies specialise in the design, manufacture, and deployment of long-lasting artificial reefs that are typically constructed of limestone, steel, and concrete. (Colombo/June17/2021)