An environment of statistics over opinions 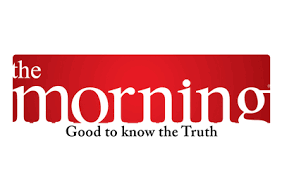 Wildlife Protection, Adoption of Safety Measures including the Construction of Electrical Fences and Trenches, and Reforestation and Forest Resource Development State Minister Wimalaweera Dissanayake recently claimed that not a single local elephant has died after consuming plastic.

He made this statement in a context where there are more than enough international studies that suggest that consuming plastic – in addition to countless other factors involving the consumption of materials other than food – can cause serious health issues in elephants which have a high potential to leading to deaths and health issues that may not be curable and/or may last for a lifetime.

Sri Lanka may not have officially recorded any deaths of elephants due to the consumption of plastic; however, in a context where the consumption of plastic has been proven to be deadly to elephants, statements such as these should be based on more science than on mere rhetoric. At the same time, the basis of the State Minister’s comment that elephants actually enjoy consuming garbage is questionable, and how he, as the State Minister responsible for wildlife, arrived at such a conclusion should be discussed.

What is more concerning is the fact that the State Minister made this statement in a context where the country’s environment and wildlife are facing direct and indirect grave dangers due to human activities.

The bitter truth is that the way Sri Lanka deals with its environmental issues – which keep worsening due to deforestation, pollution, imprudent decisions and policies, and the lack of legal action against those damaging the environment and wildlife – is in a highly questionable state. The authorities need to make decisions that affect not only the present or a particular geographical area, but also the ecosystems in the entire country that affect generations to come. In a context where the state of the country’s natural resources influences not only the environment but also the culture and the economy and also the people’s everyday life, responsibility should be at the forefront of making decisions that affect the environment and the people.

Proper decisions are however the ones that are based on credible studies and facts and specific and achievable objectives, not assumptions or personal opinions, and therefore, the decisions taken by the environmental authorities need to be more concrete.

This is not just a matter of Dissanayake’s knowledge about his field; this is a matter about the Government’s willingness to make decisions based on facts, not political interests or assumptions. Moreover, this situation is applicable to a number of other matters such as health, education, and the economy as well. During the past few years, especially after the Covid-19 pandemic broke out, the country has seen far too many decisions that were based on ignorance rather than on facts, and the people are of the opinion that short-sighted decisions contribute more to the worsening of existing issues than real issues do.

Moreover, it is crucial to note that the State Minister made the aforementioned statement despite environmentalists presenting statistics to suggest the complete opposite. In fact, leading environment organisation the Centre for Environmental Justice, has filed a fundamental rights (FR) petition at the Supreme Court against the controversial digging of trenches around the country by Dissanayake’s State Ministry in a bid to mitigate the human-elephant conflict, and whether and to what extent their opinions were taken into account remains a question. Even though it is difficult to find out whether environmentalists’ findings and concerns were considered by the authorities, the massive and growing gap between the activists and the governmental authorities is an unfortunate situation that Sri Lanka has experienced in various contexts.

Therefore, perhaps, this could also be an appropriate time to stress the importance of closer partnerships between the governmental authorities and the environmentalists who conduct studies about the country’s environment and wildlife situation at the grassroots level. Whether steps for the conservation and protection of the environment and wildlife are based on scientific findings is a serious discussion Sri Lanka needs to have as a country that has seen far too many environmental and wildlife protection programmes that did not bring about the expected change or ended up as complete failures. With regard to projects, such as digging trenches, to deal with the human-elephant conflict also, the basis of such decisions should receive more attention.

It is a reality that no government or country is perfect, and even in the case of how Sri Lankan authorities or the Government handles matters pertaining to the environment and wildlife, it is a reality. However, that does not justify the failure to be open to science and real-life experiences that the environmentalists want the Government and the authorities to pay attention to. This is not a matter about the State Minister’s statement; this is more about countless decisions that are based on narrow-minded opinions and limited knowledge.

The Government and the authorities need to be more open to scientific knowledge, and do what is best for the country’s survival, not the Government’s survival.