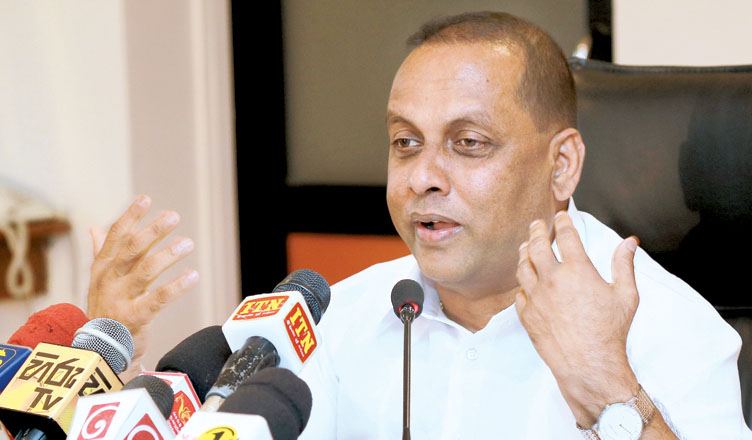 Following the discovery that wild elephants were the principal victims of food plant scarcity, caused by invasive plants, the Ministry of Environment will launch a regulatory project to eradicate invasive plants from the Lunugamvehera Sanctuary next month.

Minister of Environment Mahinda Amaraweera, has authorised the Ministry of Environment’s Biodiversity Unit to launch an initiative to remove Gadapana plants that are prevalent in the Lunugamvehera area. Human labour will be used instead of machinery, and residents of Lunugamvehera will be hired.

The Gadapana plants in the Lunugamvehera Sanctuary will be removed as part of this regulatory project, which will span an area of about three kilometres. Minister Amaraweera claimed that a lack of food for the animals in the country’s national sanctuaries has been a source of concern for a long time and was causing agricultural destruction in the villages. One of the reasons for the sanctuaries’ food shortage is the introduction of several alien species.

“These cover a significant number of bushes that grow into a single bush, preventing undergrowth from spreading,” he explained, stressing that Gadapana is one of the most common invasive species in the sanctuary in some parts of the world.

This plant also takes nutrients required by other plant species, impeding their growth. Every day, wild elephants consume between 200 and 250 kg of food. They will also need about 75 liters of water. As they seek food and water, the sanctuaries’ inability to meet those needs have resulted in an increase in human-elephant conflict,” he explained.

Getting what we ask for