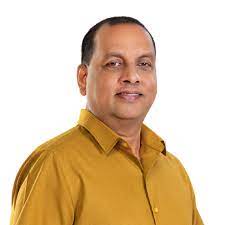 Because of the expense and durability of alternative packaging, the CEA believes that prohibiting plastic bottles is unrealistic. According to Amaraweera, a suggestion has been made to hold a particular amount of money as a deposit when purchasing 750 ml plastic bottles for recycling.

The deposit can be reclaimed by returning the empty bottle, and even if the empty bottle is thrown away, extra cash can be made by collecting and reselling such bottles.

“The deposit is now set at Rs 10. The plan has also been accepted by the companies involved,” he said. Amaraweera, on the other hand, said though no final decision has been made on the 750 ml bottles, a permanent recycling programme is expected to be developed.

“Many of these polythene and plastic products are prohibited because they are created from materials that are not environmentally benign and quickly biodegradable,” he said.

Despite the fact that 750 ml plastic bottles are included in the second suggested list for the ban, the CEA has stated that it will be difficult to implement. Therefore, the Authority has emphasised to the Minister the importance of implementing a bottle recycling scheme.

Cabinet nods to construction of wind power plant in Mannar

From inorganic to organic : Is Sri Lanka bracing for an agriculture disaster?