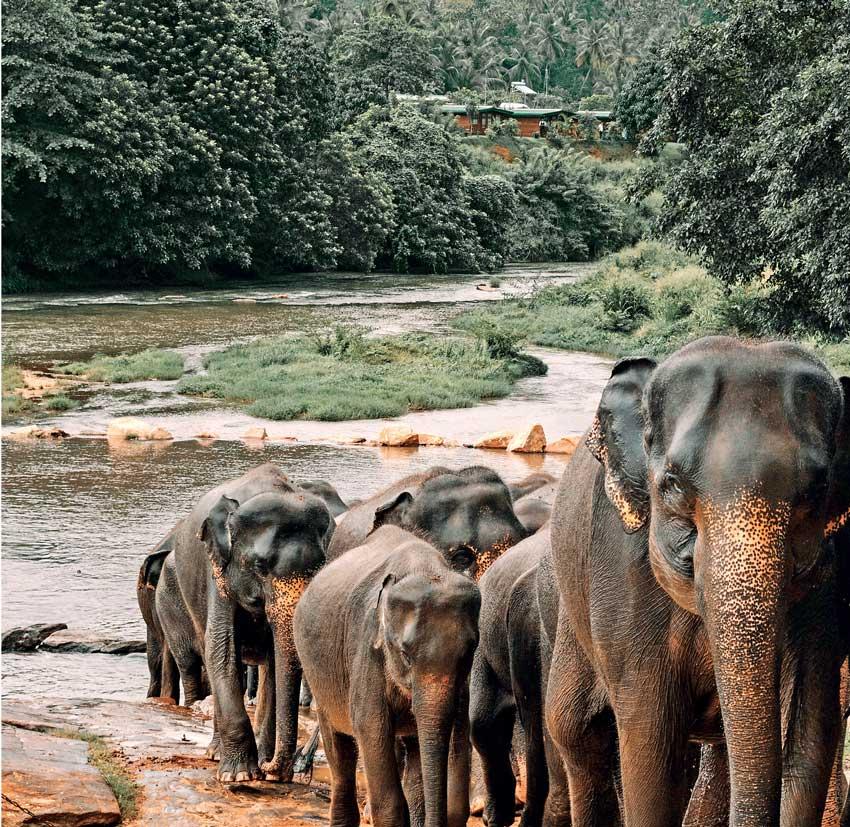 Last week the Court of Appeal issued an interim order preventing the Director General of the Wildlife Conservation Department from granting permission for wild elephants to be registered under private owners. The move, celebrated by environmental activists came following a recent government regulation seeking to register wild and captive elephants to be officially documented under private owners, whom activists say are racketeers. The order was issued following writ petitions filed by several conservation groups including the Centre for Eco-Cultural Studies, the Justice for Animals Sri Lanka group and the Centre for Environmental Justice.

This legal battle comes following a controversial gazette issued in August by State Minister of Wildlife Protection, Adoption of Safety Measures including the Construction of Electrical Fences and Trenches and Reforestation and Forest Resource Development Wimalaweera Dissanayake. The gazette which details a series of restrictions including the prevention of mahouts consuming liquor or drugs while employed, as well as the introduction of a biometric identity card for elephants. The document also highlights several measures to be practiced by mahouts and owners of elephants, including a mandatory two and half hour’s bath time every day. The extraordinary gazette titled Wildlife and Flora (Protection, Welfare and Registration of Domestic Elephants) Regulation No. 1 of 2021 also details a number of measures introduced to safeguard ‘tamed’ elephants.

When studying the regulations stipulated in this gazette, it is evident  that it is in violation of the Fauna and Flora Protection Ordinance  (FFPO), and has been tailored to the wants of racketeers 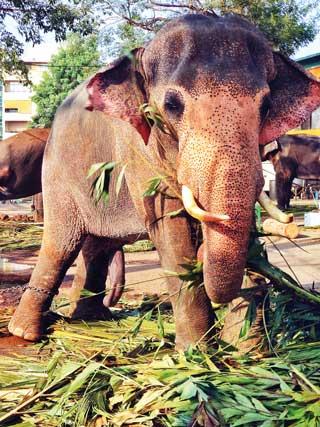 However when questioned by the Daily Mirror, Minister Dissanayake said he was merely given the prepared document to be signed, adding that he was not consulted in the matter. “A committee including ministry secretaries drafted this document and I was only given the document to sign,” Minister Dissanayake said. On the surface the gazette notification of August 19, 2021 appears to be an attempt to improve the wellbeing of elephants. But activists charge that the gazette effectively silenced the Department of Wildlife and any other activists who attempt to prevent an elephant smuggling trade from taking root in Sri Lanka.

The Movement for National Land and Agricultural Reform (MONLAR) charged that the government is in cahoots with wildlife traffickers and racketeers to exploit the wild elephant population of Sri Lanka. “When studying the regulations stipulated in this gazette, it is evident that it is in violation of the Fauna and Flora Protection Ordinance (FFPO), and has been tailored to the wants of racketeers,” Sajeewa Chamikara of MONLAR said in a statement. According to the gazette the Director-General of Wildlife Conservation Department has the power to release elephants in their custody for the purposes identified as religious or cultural requirements.

Sujeewa and her baby to remain in state custody
In September, following a request made by the Attorney General’s Department, the Fort Magistrate issued an order to release 14 elephants taken into custody of the state who were productions in ongoing cases. With the issuing of the gazette, these elephants were ordered to be released to the persons who held the elephant calves captive, while an order was also issued for these elephants to be registered under the persons who initially held them captive.

Activists charged that the claimants have various ongoing cases against them, adding that the separation of  Sujeewa and her calf would have a negative effect on both the mother and baby

With mounting criticisms that this permits offenders to be in ownership of captive elephants, the writ petition was filed by environmental groups. Accordingly, the Court of Appeal on September 29 issued an interim order preventing the registration of all elephants in line with the new gazette. The Criminal Investigation Department had earlier reported before the Colombo Chief Magistrate’s court alleging that more than 40 illegally caught wild elephants have been taken into Wildlife Department custody following CID investigations into a racket where illegally caught wild elephant calves were sold to third parties.

“We have challenged the gazette. When our matter was taken up along with some other matters, challenging the same gazette, the Court of Appeal directed not to register elephants under this gazette,” Attorney-at-law Ravindranatha Dabare of the CEJ said.

Asked of the nature of resistance, the CEJ as well as other concerned parties faced, Mr. Dabare said “We were resisted at the Magistrate Court by parties claiming the custody of the elephants. In the Court of Appeal also they resisted our application stating that we did not possess the right or capacity to bring an action or to appear in a court. But the Court accepted our locus standi,” Mr. Dabare said.

We have challenged the gazette. When our matter was taken up along with  some other matters, challenging the same gazette, the Court of Appeal  directed not to register elephants under this gazette

Meanwhile, officials of the Department of Wildlife Conservation were also prevented from releasing the mother elephant ‘Sujeewa’ and her three-month-old calf to their claimants, in a move that conservationists celebrated. Sujeewa gave birth to the calf recently while under the custody of the state. The mother elephant is one of the 14 captive elephants which were earlier ordered to be released by the Fort Magistrate’s Court. Activists charged that the claimants have various ongoing cases against them, adding that the separation of  Sujeewa and her calf would have a negative effect on both the mother and baby.

President’s Counsel Sanjeewa Jayawardena appearing for the petitioners sought an interim order taking into account the urgency and seriousness of the matter. He had submitted to Court that giving of elephants back to the perpetrators who had illegally and unlawfully possessed elephants is illegal and a gross miscarriage of justice.
The Petitioners further state that ensuring the due care and wellbeing of an elephant can only be done effectively by persons who are intensely knowledgeable about elephants and their behaviour and this should be based on a scientific premise and not purely, on grandiose self-proclamation or perception.