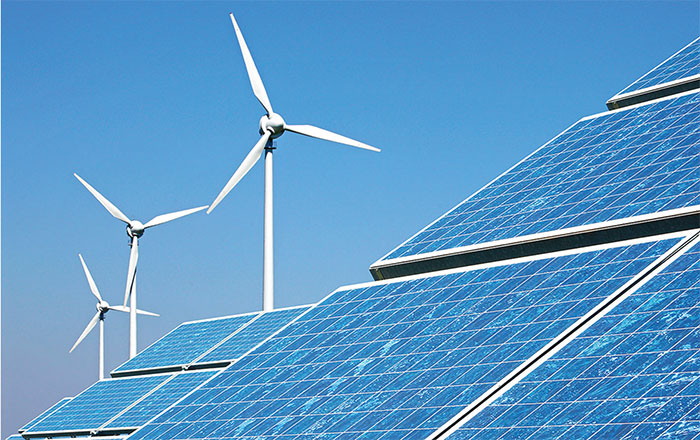 The above captioned news item conveys the opinion of a former Addl. General Manager [Commercial] Kanagagnana, who says it is possible to achieve the target set and recommends battery storage and pumped storage, while the President of the CEBEU, S.Kumarawadu, places the difficulties in achieving the target, inclusive of transmission lines. Both speak of Solar and Wind energy and not of other reliable sources. As we all know, Wind and Solar energy supply is subject to weather patterns and not consistent. But, have the authorities considered the other options, such as energy from garbage? [I repeat what I stated in my earlier letters]. It will be interesting to know what the International Consultants, M/s. Lahmeyer, who prepared a Master Plan for the Ministry for Power and Energy had to say, as far back is 1988, for the possibility of an incinerator plant to serve a dual purpose to eradicate the menace and also generate electricity, It could also produce the much needed compose manure for agricultural purposes. The report elaborates by saying the incinerator plant use garbage to produce electricity. They are similar to conventional coal fired steam plants, but require elaborate refuse feeder. Grate, fixing an air quality control system and the required area is greater. Some two million people live in the Greater Colombo Area and the amount of garbage collected, annually, could be about 600 tons. About 65% is made up of organic substances. The garbage is, at present, dumped on marshy land, in the vicinity of Colombo, for the purpose of land reclamation which caused environmental problems such as smells, ground and surface water pollution, etc. The average heat content is not exactly known, but based on a few tests done, it may be in the region of 8 Joule per ton, compared with 40 to 45 Joule per ton of oil. Hence, fuel saving potentially achievable with an incinerator plant could be in the region of 100,000 tons of oil per year [under 1988 conditions]. This will be sufficient to generate some 400 Mw of power and, at the same time, would contribute to the solution of the Greater Colombo waste disposal problems. The report also states that without exact analysis of the moisture content and composition of the collected garbage, it is difficult to make an exact estimate but the investment could be around USD 160 to 240 million [This figure is based on 1988 estimate] The present population in Greater Colombo area may be thrice the population that was in 1988 and the garbage collected too would be more, hence it is all the more advantages to expedite this project which could be commissioned well before the target year, 2030, after calling for international bids.

Can Sri Lanka solely depend on Wind and Solar energy to meet the target? It is reported in China, to set up a Solar station of 100Mw, it required 248 acres. Can Sri Lanka set apart such large extent of land. The answer perhaps is to provide roof-top Solar panels and large-scale Solar stations over reservoirs, tanks, etc. This has an advantage as evaporation is minimised and thereby retain more water in such places. It was once reported that India proposed to set up a solar station at Elephant Pass lagoon and also at Diyawanna Oya to supply electricity to Parliament. Let these projects be implemented early without delay.

As for Wind, it also depends on the weather patterns. According to a report prepared by the Met. Department, in 1977, the best location is Little Bases, four miles off Hambantota which has an average 17.1 m.p.h, and the best months are May, June, July, Aug. when the speed is recorded over 20 m.p.h. Next comes Hambantota [Average 12.5 m.p.h], Trincomalee. [10.1 mph], Kankesanthurai [9.2 m.ph.], and Mannar [8.4m.p.h], in that order. It may be the Wind patterns may have changed, but this gives an indication of areas to be tapped.

This letter is not to discourage the effort to harness Wind and Solar for energy, but also to look into other sources of renewable sources of energy – Garbage is one to be considered earnestly as other than electricity, in Colombo and other major cities in Sri Lanka, disposal of waste has become a major problem.

A few years ago, when the disposal of garbage was a problem to the CMC, some people came forward with proposals to set up an incinerator plant, but for some strange reason those proposals were shelved. It is not too late even now to call for international bids and a plant could be commissioned well ahead of 2030.

Everything non-inorganic is not organic