A state-sponsored elephant racket in the works 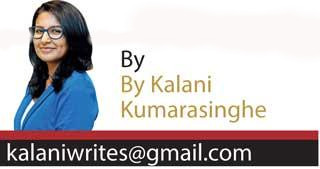 A controversial new gazette has been issued seeking to employ elephants for work and tourism, which critics argue is a racket disguised as measures to protect Sri Lanka’s elephants.

Gazette Notification No. 2241/41 dated August 19, 2021 seeks to introduce new means of protection for the majestic beasts to ensure the animal’s welfare, according to the government.

However, conservationists have voiced concerns on how this gazette has paved way for the release of 14 elephant calves back to the hands of offenders. The Wildlife and Nature Protection Society in a statement said that it strongly disagrees with the decision made by the Cabinet of Ministers to instruct the Attorney General’s Department to release through a Magistrate’s order, the 14 elephant calves that were illegally stolen from the wild, to be kept as pets by the same thieves who stole them. 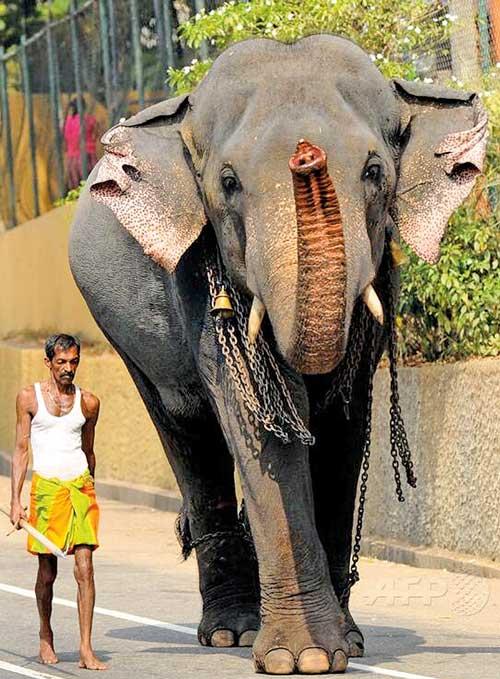 Conservationists, environmentalists and animal rights activists have rallied together to oppose this new gazette following the developments on Monday, September 6 when the elephants were ordered to be released. At a media briefing organised by Rally for Animal Rights and Environment (RARE) several activists elaborated on the subtle links between animal abuse, elephant smuggling, and the new gazette.

Hemantha Withanage of the Centre for Environmental Justice said that on Monday, following a request made by the Attorney General, the Fort Magistrate issued an order to release 14 elephants taken into custody. “The court ordered that these elephants be released to the persons who held the elephant calves captive, while ordering the calves to be registered under their ownership. The recent gazette published in August, was made note of at the court hearing where provisions for such registrations have been detailed,” he said.

Conservationist Dr. Rukshan Jayawardene also voicing concern, said that these elephants are being released to owners who received stolen property. “It is by Magistrate order the captive elephants in custody of state as productions in cases of elephant smuggling, were released. There are also cases pending against all these individuals,” Dr. Rukshan Jayawardene charged.

“At a time when there is a lockdown, courts are not convening and when there is no possibility of objection to cases that are pending, this subverts the law and the legal system. This is directly linked to the gazette that was issued a short while ago. This contains narrow grounds where you can keep captive elephants legally,” Dr. Jayawardene said.

A history of captive elephant keeping

State Minister of Wildlife Protection, Adoption of Safety Measures including the Construction of Electrical Fences and Trenches and Reforestation and Forest Resource Development Wimalaweera Dissanayake recently issued the gazette which details a series of restrictions including the prevention of mahouts consuming liquor or drugs while employed, as well as the introduction of a biometric identity card for elephants. The document also highlights several measures to be practiced by mahouts and owners of elephants, including a mandatory two and half hour’s bath time every day. The extraordinary gazette titled Wildlife and Flora (Protection, Welfare and Registration of Domestic Elephants) Regulation No. 1 of 2021 also details a number of measures introduced to safeguard ‘tamed’ elephants.

The Movement for National Land and Agricultural Reform (MONLAR) however charged that the government is in cahoots with wildlife traffickers and racketeers to exploit the wild elephant population of Sri Lanka.

“When studying the regulations stipulated in this gazette, it is evident that it is in violation of the  Fauna and Flora Protection Ordinance (FFPO), and has been tailored to the wants of racketeers,” Sajeewa Chamikara of MONLAR said in a statement.

In 1991 the initial orders to regulate and register ‘tame’ elephants were issued on May 14 by the then Mahaweli Development Minister Gamini Athukorala. According to the order issued at the time, there was no permission to employ elephants for work or for tourism purposes. According to the 1994 orders and other since, it has been maintained that elephants shall only be employed for cultural purposes including perahera (cultural pageants).

In 2014 subject Minister of the time Gamini Vijith Wijayamuni Soysa presented a memorandum to the Cabinet of Ministers seeking to regulate registration of ‘tame’ elephants. The paper made special note of the fact that illegal capture of elephant calves pose a threat to the wild elephant population in the country.

In 2016 Wildlife Minister Gamini Jayawickrema Perera presented another paper to the Cabinet seeking to regulate the registration of captive elephants. This version made note of the welfare of elephants, employing them for work but had no mention of employing elephants for tourism related activities.

The latest document pertaining to regulation of the captive elephant population, the recent order gazetted on August 19 on the surface seeks to regulate the registration of ‘tame’ elephants. However activists argue that it is in clear violation of the FFPO, by permitting the use of elephants for commercial or tourism purposes.

The court ordered that these elephants be released to the persons who held the elephant calves captive, while ordering the calves to be registered under their ownership. The recent gazette published in August, was made note of at the court hearing where provisions for such registrations have been detailed

Hemantha Withanage of the Centre for Environmental Justice

These elephants are being released to owners who received stolen property. It is by Magistrate order captive elephants in custody of state as productions in cases of elephant smuggling were released. There are also cases pending against all these individuals

According to the new provisions there is no requirement to inform as to how the elephant came under one’s ownership. This is a deviation from earlier practices, where one could detail if the elephant was a gift or other such details. This is a major concern

Part III of the new gazette includes a section detailing the grounds on which tame elephants can be obtained for cultural purposes. MONLAR states that in the 1991 version of these regulations there was no such detailing.

According to the new gazette an application to obtain a captive elephant for any temple or devalaya should be submitted to the Tame Elephant Owners’ Association, which will then be forwarded to the Commissioner of Buddhist Affairs for recommendations. Following this, an elephant in the custody of the Director General of the Department of National Zoological Gardens can be released given the subject ministry secretary’s approval.
“The gazette also contains a portion which refers to the “Director General”. At first glance it may seem as a printing error, however, it implies that the document refers to the Director General of the Wildlife Conservation Department. Accordingly elephants under this department can be released, MONLAR pointed out. Therefore this entire process is illegal and in violation of the FFPO,” the organisation added.

One of their major concerns regarding this document is the distribution of authority among several entities.  “A major concern we have is under which section of the FFPO can captive elephant owners, the Commissioner General of Buddhist Affairs or the Director General National Zoological Gardens Department authorise the release of elephants to outsiders?” the organisation questioned.

According to Environmental Lawyer Dr. Jagath such manipulations of the law is a threat to the entire legal system, not just environmental law. “According to the new provisions there is no requirement to inform as to how the elephant came under one’s ownership. This is a deviation from earlier practices, where one could detail if the elephant was a gift or other such details. This is a major concern,” he said.

Smuggling elephants and captive elephants are two sides of the same coin, Dr. Jayawardena argued.
“It undermines the legal provisions and legal recourse for someone to object to the abuse of animals. Whatever little rights these animals had in captivity, were reduced. At the face of it was an improvement to captive elephant keeping, but many other things that were added to these new guidelines give elephant owners a freer hand,” he charged.

When the Daily Mirror contacted State Minister Wimalaweera Dissanayake he said that the gazette is pending approval in parliament. Asked of the concerns conservationists and activists have raised, the Minister said he himself has several concerns about the document. “I don’t agree with the clauses that say that elephants can be employed for work. However a multi-disciplinary committee representating several ministries compiled this gazette, including the Ministry of Buddha Sasana,” Minister Dissanayake said.

“The Ministry of Buddha Sasana especially has to be compassionate and embrace kindness. I don’t know if they possess those qualities. A committee including ministry secretaries drafted this document and I was given the document to sign,” he said. The Minister added that he is hopeful that upon discussion several concerning elements of the gazette would be amended in parliament.