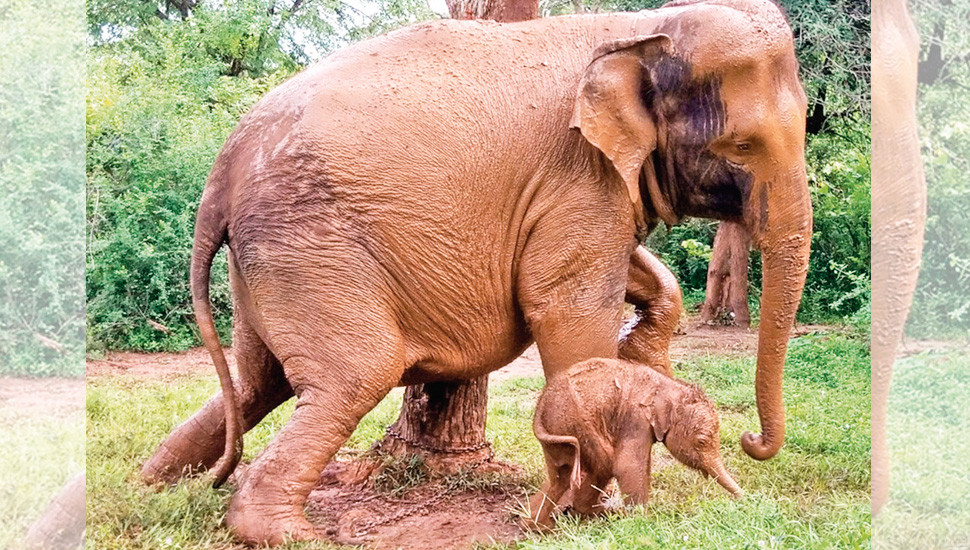 They belong in the wild with their herds and their babies, or so we think. However, some people believe, elephants belong not in the wild but in captivity and such people will stop at nothing, until they have captured as many baby elephants as they can from the wild.

In the past years, many such incidents of illegally captured elephants were reported and the animals were taken into the custody of the Department of Wildlife Conservation (DWC). The Criminal Investigation Department (CID), the Attorney General’s Department and the DWC were involved in investigating these illegal captures at the time. The illegal capture of baby elephants commenced around 2007.

But it was in 2015 that wildlife officials seized 38 baby elephants that were allegedly caught from the wild and sold to influential people, including a prominent Buddhist monk. However, a recent Court Order was issued earlier this month stating that out of the 38 illegally captured elephants, 14 should be released back to their alleged owners. Animal Rights groups and Lawyers say the Court Order is based on a Government decree that violates the country’s environmental laws and fear the order could encourage the trafficking of wild elephants once again.

Environmental organisations alleged that 14 elephants held under the custody of the Department of National Zoological Gardens as productions were released to those accused of illegally capturing them from the wild and keeping them in their possession under without registering them under the Fauna and Flora Protection Ordinance (FFPO). Sujeewa is one of the 14 elephants recently ordered to be released to her original owner.

The Court was informed that Sujeewa had recently given birth to a baby elephant and her separation would adversely affect the well-being of the calf and she should not be released back to her illegal owner. The two writ petitions filed by the Centre for Environmental Justice “(CEJ) and Sujeewa Jasinghe with environmentalists including Panchali Panapitiya was heard in the Court of Appeal.

According to the law elephants are listed as Public Property,” Ranwella said. He added that if there is no valid permit for the elephant the animal becomes public property. “So in this case the mother elephant Sujeewa does not have a valid permit and the elephant calf too doesn’t have a permit.

So how can the Deputy Solicitor General request that Sujeewa and the baby should be given to the illegal owner? Sujeewa’s permit no is 206. But former Director General DWLC H.D.Ratnayake in a letter has said that during that time period no elephants were born in captivity. So this makes Sujeewa’s permit an invalid one and that she was captured from the wild,” Ranwellla explained.

He said according to the Act “Whatever such an officer (Attorney General) says and does should always be said and done in his official capacity and for and on behalf of the people of the Republic – not on behalf of any one person or a group of persons only. “The Colombo Chief Magistrate asked Ratnayake whether he came to defend the elephants or whether he came to defend the elephant owners and Ratnayake didn’t give an answer. Initially the Attorney General’s Department were defending the rights of the illegally caught elephants.

These young elephants were taken into custody between 2010 and 2015 as evidence of illegal elephant trafficking. It is deeply upsetting to know that these wild animals will once again face a life in chains tormented by man,” Animal Welfare Advocate, and Founder of Embark, Otara Gunewardene said. She says the elephants include Sujeewa who gave birth to a calf in Udawalawe and they currently remain in Udawalawe and their fate is yet to be decided.

“I sincerely hope that the relevant authorities, officers, and those who are in charge will take the morally, spiritually and legally correct action and return these elephants back to Udawalawe, Pinnawala and Ridyagama, where they have lived for the past few years,” Gunewardene explained. She added that elephants are sentient beings who deserve the right to live a life of freedom amongst others of their kind. “I hope justice will prevail.

I request the right thinking, empathic and compassionate citizens of our nation who I truly believe are the majority, to join me and others in the stand that has been taken for justice and to speak out and take action on behalf of these voiceless animals who have had their freedom stolen for the benefit of a few individuals,” Gunewardene said.