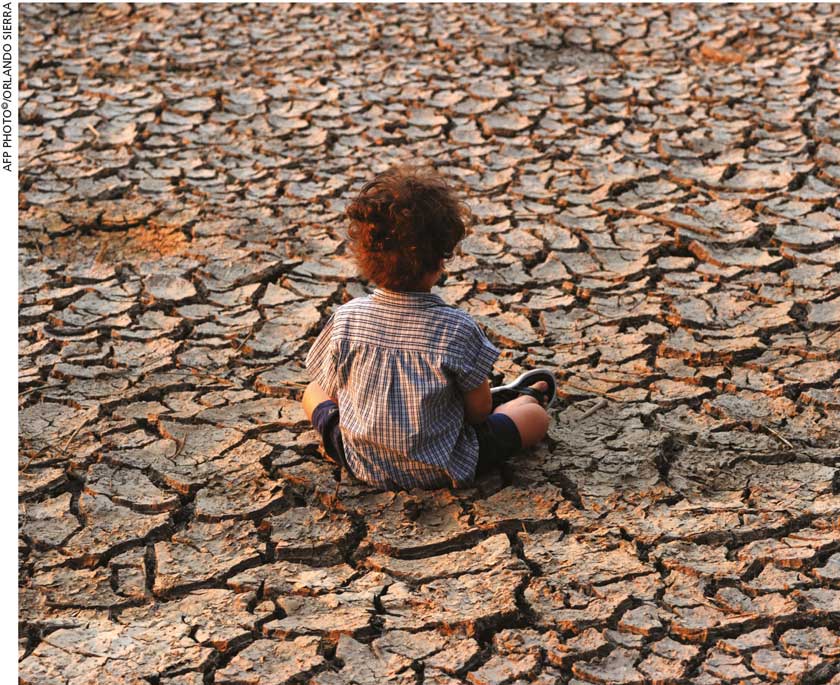 More than 50 years ago, millions of Americans came together demanding action against oil spills, polluting factories and power plants, raw sewage, toxic dumps, pesticides, freeways, the loss of the wilderness and extinction of wildlife…

Their efforts gave a voice to emerging environmental concerns on how a polluted environment threatens human health and led to the launch of Earth Day, which is devoted to environmentalism.

Unfortunately, Earth Day has been hijacked by capita­lism and ended up becoming ‘just another day’ of raising awareness on the state of the planet. In many communities, Earth Day has been reduced to a green trade fair or cor­porate sponsored celebration for those who are paying the biggest price for our collective inaction – children.

Even though education is an important element in national and global efforts to combat climate change, and pave the way for a sustainable future, our planet has gone far beyond what raising awareness alone could have recovered.

So it is time for action!

Today, with the world’s rising population and seemingly endless demand for energy, environmental concerns have multiplied hundredfold, making it the reality of humankind’s most serious threat.

Respondents to the 2022 World Economic Forum (WEF) Global Risks Perception Survey ranked ‘climate action failure’ as the number one risk with poten­tially the most severe impact over the next decade.

At the same time, global warming has already resulted in major changes to human and natural ecosystems.

Under the Paris Agreement adopted in 2015, most of the world’s nations pledged to limit global warming to well below 2°C above preindustrial levels and pursue efforts to cap it at 1.5°C.

However, according to the latest report by the UN Intergovernmental Panel on Climate Change (IPCC), the window of opportunity to take action on the 2030 Agenda for Sustainable Development – which was adopted by all member states – and secure a liveable and sustainable future for all is closing at full speed.

Against such a backdrop, understanding the fragility of our environment and the importance of its conservation is more crucial than ever. Although notable progress has been made in recent years by pushing the envelope to explore new frontiers of technology and make the environment more sustainable, we’re not yet on the cusp of the wholescale transformation that’s needed.

We can’t yet see a clear path to bringing about a sustainable world in the required magnitude even though people do have a much better idea of what needs to be done than we did a decade ago.

The theme for Earth Day 2022 is ‘Invest in Our Planet’ and it’s focussing on accelerating solutions to combat our greatest threat, which is climate change, and activate everyone – i.e. for citizens, governments and businesses to do their part, and help accelerate the transition to an equitable, prosperous and green economy for all.

Governments have a responsibility to incentivise their citizens, businesses and institutions by providing a platform upon which to take climate action.

The lion’s share of greenhouse gas emissions causing climate change is a consequence of business-related economic activities. Therefore, businesses have an obligation to hold them­selves accountable for the prevention, mitigation and adaption to climate change, and its adverse impacts on the planet and the people.

Last but not least, as individual citizens, what each of us does and how we do it has a ripple effect on the ecosystem, and the pace of corporate and government action. We are responsible for holding businesses, governments and each other accountable, whether the problem is as global as climate change or as local as a trash strewn parking lot.